A Letter To The Divorced Parents Of A Bride or Groom 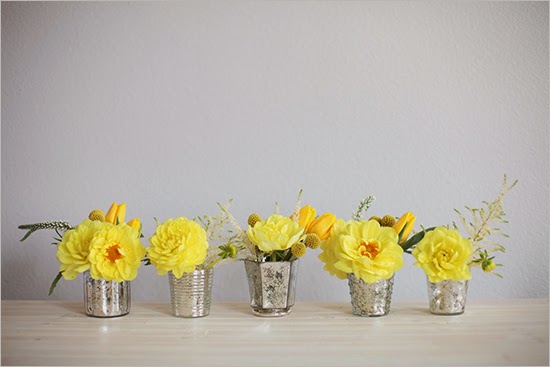 While the postings I usually write are primarily for the couple planning their wedding, this post is different. I want to speak with  the parents – the divorced parents – of a bride or groom.  I want to share with you something of the unique perspective I’ve been given in my role as officiant.

I love weddings for many reasons, chief among them being that I love stories.  As an officiant I hear a lot of stories.  Stories that make me laugh, that inspire me or simply gobsmack me with their whack-a-do-ness!  And then there are the heart-aching stories, many of which involve parents who happen to be divorced.

Not all “my parents are divorced” stories are tragic.  In fact, I’ve met divorced parents who have somehow managed to remain friends – and who genuinely like the new spouses.  Hard to believe, I know, yet true.

But then there are the other stories – stories of unhealed hurt and bitterness that propel people into saying and doing things that are astounding.

Bradley’s (all names changed) Catholic parents divorced when he was seven years old (their marriage was not annulled).  His mother, who attends daily Mass, told him that if he invited his father’s wife (of ten years) she would not be able to attend the wedding.

Janet’s mother told her that if she asked her father to escort her down the aisle, she wouldn’t attend the wedding because the sight of him smiling would make her sick.

Just last week I met with Caryl, a bride whose parents divorced when she was ten years old.  Her father remarried a year later.  Caryl developed a warm relationship with her step-mom.  Eventually, her father divorced her step-mom, but Caryl remained friends with her.

Caryl’s mother is now engaged and her father is again engaged – to a woman eight years older than Caryl.  Caryl’s step-mom is remarried.  All six people will be present at the wedding.

Caryl’s father hasn’t talked to her mother in years.  Caryl’s mother and first step-mom can’t stomach her father’s fiancée and don’t want her in any family portraits.  And the fiancée?  Well, she’s demanding a corsage identical to the one Caryl’s mom is wearing.

Are you confused?  Do you hear just how outrageous all of this is?!

When Caryl began to explain the “flow-chart” to me, she was laughing at the absurdity of it all.  By the end of our conversation, she was crying.  And Tony, her fiancé, whose own parents have been happily married for thirty-five years, looked on concerned and bewildered.

The pressures of dealing with it all, the pain of seeing so much hatred among people
she genuinely loves and cares for, has taken its toll on Caryl.  She’s weary from the demands that each of these people is making on her.

As both an officiant and a communication coach, I offered her some tips on how to assert herself and set boundaries.  But what she needs is more than “tips.”

What she needs is KINDNESS.

She needs for each of these people to be kind to her and to her fiancé.  She needs them, at the very least, to be civil and sensible with each other.

And so, as you grapple with your own pain, which does need to be respected, I plead with you to not let your pain cause you to forget about your daughter or son, who is trying to be a peacemaker, who is trying to respect her or his relationship with your ex-spouse, who does not want to add to your hurt, yet who cannot bear the burden of your pain.

I’m not demeaning or dismissing your raw feelings.  Trust me, my own extended family is whack-a-do enough for me to know your ex may have never offered you the kindness you deserved.  Now, though, you have the opportunity, dare I say the responsibility, to offer your child all the kindness that they deserve.

I don’t know the story of your divorce – and maybe your daughter or son doesn’t even know the full story.  But as an officiant, I can tell you that I am saddened from meeting brides and grooms whose hearts are torn by the flame-tossing insensitivity of their divorced parents. I know it’s not your intention to hurt your child – but you are.  In more ways than you know.

It’s been said that the “truth hurts,” so here is the truth – you simply don’t have the right to douse your child and their partner with your anger and bitterness.  Surely, this is not the wedding gift you want to give them?

Your daughter or son deserves the best of who you are on their wedding celebration.  How can you even think of offering them anything less?   Get the support you need – and deserve.  Ask your son or daughter to recognize your pain.  Ask without emotionally blackmailing them.  And then ask them what they need from you.

Even though I don’t know you, I am going to ask you, on behalf of your son or daughter, to do what may be the bravest thing you’ve ever done:

Bless them through your hurt and pain – and don’t let that hurt and pain cause you to hurt them on their day of hope and renewal. 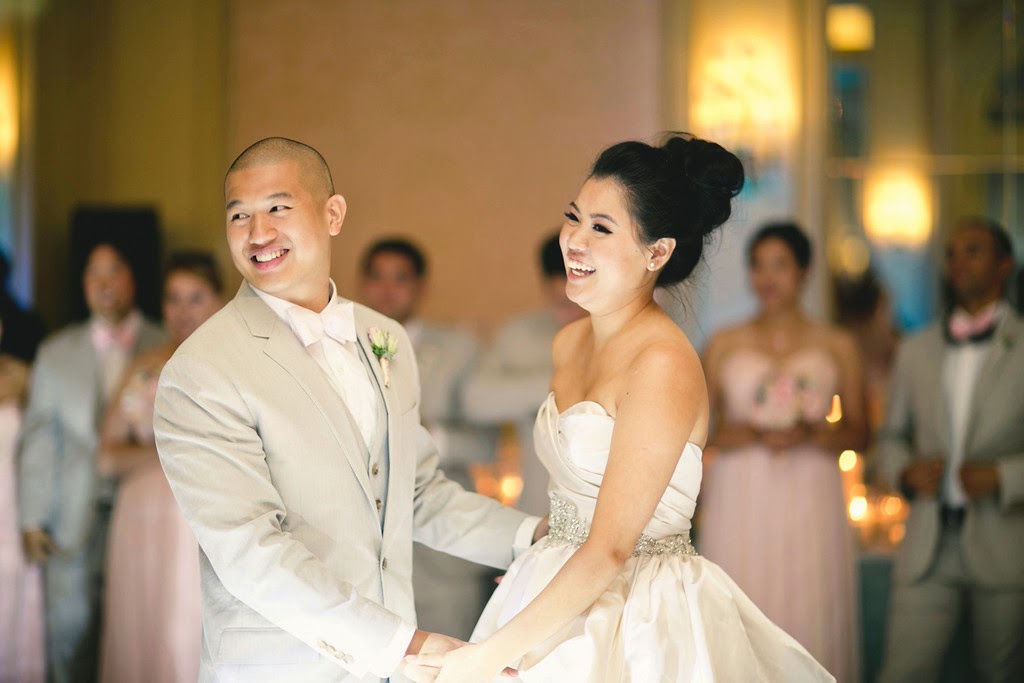 Back in January I reached out to each of the couples I married last year, asking if they would complete the sentence, “Marriage is. . .”  For some reason, I thought this would be easy to do BUT it hasn’t been.  Many couples have written and said, “We know what marriage is, yet it’s hard to put into words!”  And that makes sense since, at times, marriage can be like the air you breathe.

I officiated Jade and Susan’s wedding last year.  I think the photo captures so much of who they are – and their joy reminds me why I love officiating weddings!  They recently sent me their response to “Marriage is. . .” and I’m so happy to be able to share it with you all.
Enjoy!

“Marriage can be so many things - good or bad, short or long.  It can make life easier or introduce all kinds of struggles.  But a beautiful and everlasting marriage is an unmistakably remarkable thing.  A miracle. A blessing.  A feeling and power only the two of us share and truly understand.  It is a step in the right direction, every time knowing the path we walk, we walk together.

I have known and loved Susan for nearly half my life.  Some describe her as an extraordinarily caring, compassionate, and creative person, but she is normal to me.  Normal, in the sense that she is my every day.  She is my constant, my ground level, my reference, both my dreams and my reality.  I embrace the privilege of marriage and find it necessary; requiring it to function and live out life’s intended purpose.  Marriage sometimes annunciates and justifies contradictions - I am not me without you and you are not you without me; my soul is freed so long as it is bound to yours; calculatingly avoiding pain and death for years, yet not hesitating to sacrifice oneself for the sake of your loved one - your family.

The unity of marriage gives us strength in character, yet consistently challenges us to reinforce our commitments to love and responsibly being loved.  We conjure the spirit of Love to redeem the ultimate feelings of joy and have learned that when we threaten or disregard it, we can expect in return the most unbearable pain.  Marriage is the everyday commitment to cultivate love and share in the many treasures that radiate from it.  Our strength is refined as we hold our confidence and cling to one another, despite knowing some, perhaps many, inevitable obstacles lie ahead.  Our togetherness is and will always be the ultimate reward for our marriage.

We are dedicated, exclusively, to one another, sharing in the responsibilities of anything and everything important to the other, sometimes even knowing the other “better than they know themselves.”  In this marriage, we recognize that life is bigger than you; it is lived for two (plus Junior, maybe someday?).  In our marriage, we learn to accept being rightfully wrong and avoid the pursuit of being wrongfully right.

By engaging in and being bound by marriage, we understand that our togetherness is always still an option and could easily be taken for granted if not nurtured properly.  Marriage is a vow made in the context of unnaturally dictated terms - eternity.  That is, every day our love outlasts the gauntlet of the universe, we overcome a statistically improbable chance that soul mates wandered the earth and found the one, yet we promise to prove this again, and again, and again.  And although outwardly we demonstrate the beauty of marriage to our friends, loved ones, and peers, we know the true value of our love lies within our hearts and this bliss is life’s ultimate best kept secret.”
Jade & Susan Thiemsuwan 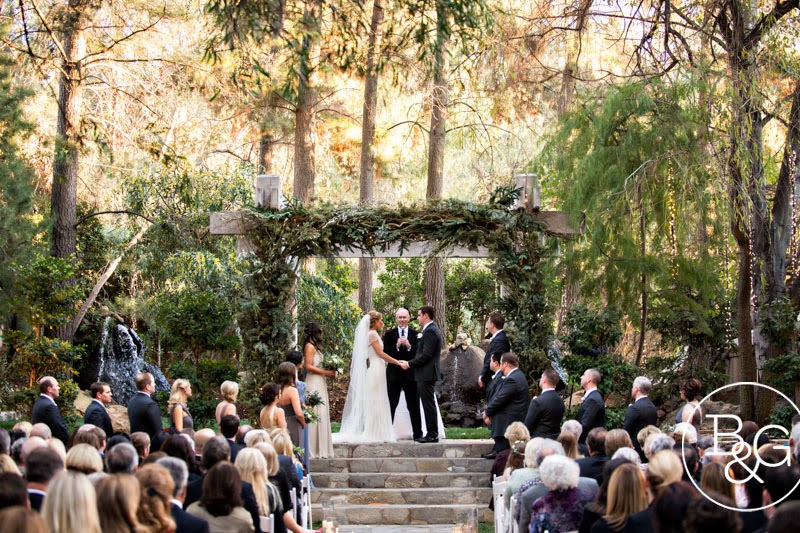