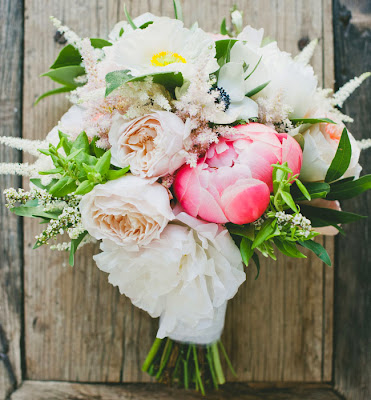 However richly inspired by love, marriage is a high wire act that is usually attempted by two nervous wrecks who just go for it, reeling with bliss and blind with the hots.  The rest is work, faith and destiny.
Unknown

In 2013 I had the honor to officiate 72 “high wire acts.” They ranged from the first ever live-streamed wedding on Facebook to an elopement at Lifeguard Station #8 in Santa Monica.  Budgets for these seven-dozen weddings ranged from $500 to $1 million!

The couples were religiously and cross-culturally diverse; straight, gay and lesbian; and ranged in age from twenty-three to sixty-three.  Numbered among these couples were an ex-stripper, an ex-drag queen and a Republican ex-gubernatorial candidate!  They came not only from California but also from England, Australia, Germany, New Zealand, Denmark, China, Japan, Taiwan and Canada.

As I recall my weddings of 2013 and what I learned from the couples, I’m reminded of Albert Einstein’s claim that “there are only two ways to live life.  One is as though nothing is a miracle.  The other is as though everything is.”  While “miracle” is a loaded word, at the very least a wedding is a grand embracing of life in all its glory and uncertainty and messiness.  Here are seven couples that chose to celebrate their “miracles” with grateful joy.  (names changed).

Roberto and Kristin.  Several months before their wedding he was diagnosed with an unusual form of cancer and they had to put their wedding on hold.  On what should have been their wedding day, he was in chemo.  Throughout, they together stayed calm, focused, determined and hopeful.  They simply did what they had to do.  Now, at the start of this New Year, cancer free, they have their sights set on a May wedding.

Denise and Anthony.  Her family is ethnically Armenian and Greek-Orthodox by religion, while his family is Persian Muslim.  There were so many opportunities and reasons for dissension and fighting within and between the families.  And, yet, there wasn’t.  Both families gave their blessings.  Three hundred people came together to eat, drink, dance, sing, tell stories and celebrate, into the wee hours of the morning, life, love and family.

By celebrating what made them unique these families found what they shared in common.  That the cliché “love conquers all” still holds meaning is beyond heartening.

Brad and Cathy.  They planned a 2014 destination wedding and then Cathy’s mom was diagnosed with an aggressive form of cancer.  Doctors advised Cathy that if she wanted her mom at the wedding, she should not wait for the Spring.  And so they cancelled their plans, lost their deposits and reimagined a smaller, less exotic celebration.  When I first met with them, Brad explained, “yes, we lost our budget, but the upside is we get to be married sooner!”
Joy in the midst of devastating chaos is breath taking.

Natalie and Alexander.  Widowed before she turned thirty, Natalie had loved her husband and out of respect for him set about re-inventing her life.  She went back to school and took off to New Zealand for a semester.  Alexander was there from Germany working at a yearlong project.  Neither was looking for love, but love found them.  Now living in the mid-West they decided to have a small December beach wedding with ten family and friends.  They got married by a lifeguard station while a commercial was being filmed on the other side (so LA!).

Natalie mourned her first husband, chose life, and found joy halfway around the world.  Could have been a sappy Lifetime movie but instead hers is a story that challenges the pessimistic corners of my heart.

Donna and Michael.  They were a sweet, funny couple that got married in her mom’s backyard.  At our final meeting Michael told me that he couldn’t believe how lucky he was to be marrying someone as kind as Donna.  I told him that Donna was just as lucky.  He quickly replied, “you don’t understand – I had a knack for dating girls who would end up breaking my heart.  It was almost like I enjoyed punishing myself.  My last girlfriend was the worst.  I had to hit rock bottom before I could find Donna.”

In matters of the heart, we can be so unkind to ourselves.  I marvel that he had the capacity to hear a buried voice that let him remember what his heart longed for.

Jen and Kim.  Seven years ago I officiated their commitment ceremony during a magical weekend celebration in Napa.  Fifty of us had gathered to bless them as they offered their vows to create a life-giving life.  We all hoped that “someday” their union would be recognized for what it was – a marriage.  I suspect, though, few of us thought it would ever happen.  But so it did.  Last Fall they renewed their vows with their three-year-old twin daughters as flower girls.

Kim’s mom signed the marriage license as the official witness.  Her eyes glistened with joy – as did everyone’s.

Tanya and Jordan.  The day before our initial meeting, Tanya learned she was pregnant.  She came from a Colombian family of devout Catholics.  Her father was deceased and so her mom would walk her down the aisle.  When her mother learned that I was wearing a suit and not religious robes, she was concerned.  What will the family think?  Ah, mothers!  What makes her question poignant, though, is that after her husband died, Tanya’s mom fell in love with a woman – who has been her partner for ten years!

While I puzzled at her fixation with my lack of robes, I also laughed with Tanya and Robert over how weddings wackily turn normal people’s brains upside-down!

Each of my 72 couples reminded me, week after week, that life is good and worthy of our best.

If the ultimate goal in life is to become ever more fully human, to love and be loved, then all my couples challenged me to be true to that quest.

For all getting married in 2014 and beyond may you find unbridled joy in your celebration!
No comments:

The Most Romantic Gift Of The Magi 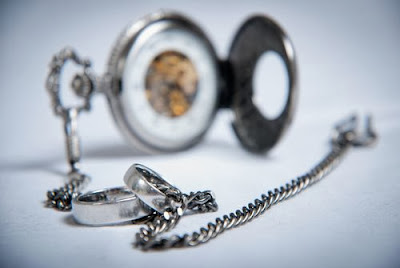 I recently came across this articlethat first appeared in the New York Times six years ago!  While the author reflects on how Shamu (yes, that Shamu!) gave her insights into a happy marriage, I think her insights also apply to happy wedding planning. . .

What Shamu Taught Me About a Happy Marriage
By AMY SUTHERLAND
NYT / June 25, 2006

AS I wash dishes at the kitchen sink, my husband paces behind me, irritated. "Have you seen my keys?" he snarls, then huffs out a loud sigh and stomps from the room with our dog, Dixie, at his heels, anxious over her favorite human's upset.

In the past I would have been right behind Dixie. I would have turned off the faucet and joined the hunt while trying to soothe my husband with bromides like, "Don't worry, they'll turn up." But that only made him angrier, and a simple case of missing keys soon would become a full-blown angst-ridden drama starring the two of us and our poor nervous dog.

Now, I focus on the wet dish in my hands. I don't turn around. I don't say a word. I'm using a technique I learned from a dolphin trainer.

I love my husband. He's well read, adventurous and does a hysterical rendition of a northern Vermont accent that still cracks me up after 12 years of marriage.

But he also tends to be forgetful, and is often tardy and mercurial. He hovers around me in the kitchen asking if I read this or that piece in The New Yorker when I'm trying to concentrate on the simmering pans. He leaves wadded tissues in his wake. He suffers from serious bouts of spousal deafness but never fails to hear me when I mutter to myself on the other side of the house. "What did you say?" he'll shout.

These minor annoyances are not the stuff of separation and divorce, but in sum they began to dull my love for Scott. I wanted — needed — to nudge him a little closer to perfect, to make him into a mate who might annoy me a little less, who wouldn't keep me waiting at restaurants, a mate who would be easier to love.

So, like many wives before me, I ignored a library of advice books and set about improving him. By nagging, of course, which only made his behavior worse: he'd drive faster instead of slower; shave less frequently, not more; and leave his reeking bike garb on the bedroom floor longer than ever.

We went to a counselor to smooth the edges off our marriage. She didn't understand what we were doing there and complimented us repeatedly on how well we communicated. I gave up. I guessed she was right — our union was better than most — and resigned myself to stretches of slow-boil resentment and occasional sarcasm.

Then something magical happened.