What We Can Learn From A Crashing Chandelier! 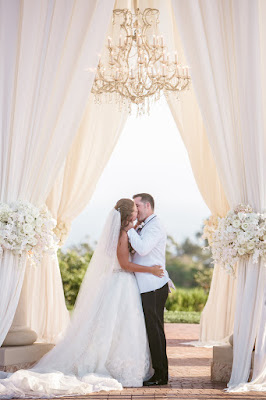 photo: jasmine star
Last week something happened before a ceremony start that I’d never seen before – and I’ve seen a lot!

It was a blustery afternoon at Pelican Hill Resort as the floral designer’s team was setting up.  A glistening crystal chandelier hung from the center of the rotunda, site of the ceremony.  I was reviewing last minute details with the event planner, JeannieSavage, when, without warning, the chandelier crashed to the ground.  It was one of those surreal moments when your brain can’t compute what your eye has witnessed.

Jeannie snapped to and asked if everyone was okay.  They were and she exhaled, “Thank God no one was hurt!”  I marveled at her composure.  She turned to the head of the team and asked him to call the floral designer while she called the resort’s catering director.  Within minutes, the destroyed chandelier was being swept up.

Jeannie suggested we not tell the bride until after the ceremony and she decided there was no time to attempt to replace the chandelier.  She was in charge, calm and, yes, we did manage a “what the?” laugh.  Throughout this bizarre incident, her attitude was a reassuring, “I’ll handle it.  We’ll handle it.”  And so everyone went about doing what needed to be done.

What I found utterly remarkable was that in a dramatic moment, there was no drama.  Now that’s leadership!

Later, when I told Jeannie how impressed I was by how she handled the situation, she was puzzled, “How else could I have responded?”  I laughed because she could have responded in so many other ways.  She could have yelled, demanding to know who screwed up; she could have debated whether to tell the bride and stir-up emotions by asking for everyone’s opinion; or she could have played the victim, lamenting, “What am I going to do?”

Jeannie reminded me what’s needed in a moment of crisis:
·      She stayed focused on her goal – having a beautiful ceremony for the couple – and she let nothing distract her.
·      She didn’t lose confidence in herself simply because something outside her control happened.
·      She trusted and relied on her team.
·      She was able to laugh.
·      She was not fixated on the original plan – and so she could improvise.

These skills are crucial not only for leaders.  They’re crucial for our own well-being and success in any crisis.

Jeannie’s company is named “Details, Details” and it’s precisely because she values details that she didn’t lose sight of the big picture – the welfare of her team, the happiness of her couple and her own sanity.

Chandeliers come crashing down in all our lives – it’s how we handle the broken shards that make all the difference.

Are You Cruel When You Argue? 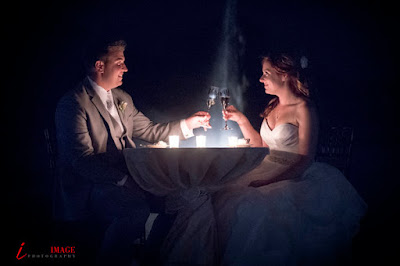 When not officiating weddings, among other things, I teach at UCLA Extension.  Last month I finished up my eleven-week course, The Dynamics Of Interpersonal Communication.

All of my communication work (including my pre-marital communication coaching) is based in the belief that we all do what we do and say what we say for a reason.  No one “just is”.  Flowing from that is my conviction that in every relationship, over time, we fall into dance steps, patterns for dealing with conflict as well as for expressing feelings, needs and desires.  The question, though, becomes – are those dance steps working for you or are they sabotaging you and your partner?

Earlier today I got an email from Pamela, one of my students.  She wrote:

Recently my boyfriend and I have really been working on our communication. For perhaps the very first time I noticed that when I'm upset and need to ask him something, I get very frustrated and then just explode into accusatory statements instead of explaining what I want or what I’m feeling.

Usually that sets off our “normal” fight of  “YOU never. . .well, YOU never. . .” but this time I stopped and told him, “Look, I have a lot of trouble with this so can you please hug me and work with me instead of reacting to me?”

And he actually did!

It was an interesting moment for both of us.  He said to me, “Well, I never knew that. I thought you were just cruelly accusing me, doing your usual annoying girlfriend thing.”

We talked about ways I can bring up issues without waiting too long and then exploding.   And now he’s being less reactive to my tone and more understanding when I repeat something three times in a row – he gets that it’s because I'm having difficulty expressing my self and am caught in a “broken record mode”.

Now when I do that (which I did this morning), he just pretends to be a broken record too and we make it a joke between us.

I’m excited for Pamela and her boyfriend because of the good that has come about from their mutual kindness and determination to break a habit that chipped away at the quality of their life together.

Pamela’s boyfriend thought her lashing out was just a “girlfriend thing”.  It wasn’t.  However, it wasn’t until she came clean and actually asked him for what she needed that he was able to really understand what was going on.

This was a breakthrough moment in their relationship.  And, hey, never underestimate the power of a good hug!

Pamela reminds us all that life really can be far simpler than we make it out to be!
No comments: