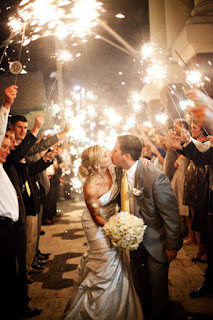 A good relationship is based on unconditional love. It’s not some maudlin feeling––it’s a decision.  The mature relationship image I like best is two people making music together.  Each plays his/her own instrument and uses his/her own unique skills, but they play the same song.  Each is whole and complete.  Each is independent and committed.

This is one of my favorite descriptions for marriage.  I especially like the last sentence: each is independent and committed.  I’m convinced that you cannot healthily enter into a marriage if you do not have a sense of your own self; if you are not committed to your own growth.

I get a bit nervous when someone tells me that their partner is their life.  I think a partner can give life to another, but to ask that person to be the other’s life is both unfair and unreasonable.

I’m also drawn to the first sentence: a good relationship is based on unconditional love.  In marriage and especially in the wedding ceremony that phrase “unconditional love” is tossed about.  BUT, what does it mean for you to love your partner unconditionally?  What do you think is expected of you when you love unconditionally?  Answer those two questions and you are in a sure place to both offer and receive each other’s vows. 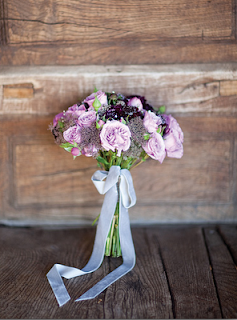 
I recently met with a couple to finalize their ceremony.  When I asked how they were, Leslie sighed, “we were so much happier when we first me.  I didn’t know people had an emotional involvement with food.”

Parents can often make demands that are not just unreasonable, but are disconcertingly odd.  A bride told me that her father threatened not to walk her down the aisle because she’s not having a Catholic wedding. What makes it odd is that her father has been divorced three times!

While I’d need a book to explain how you can deal tactfully with such people and situations, for now, here’s a trick taken from the Apple Store.

While this is a subtle turn of phrase, I think it’s effective because it blunts the impact of a “no” or its equivalent.

Be firm.  Tone of voice and facial expression must both match.  Presume the best of people.  Don’t get into a heated argument, as you won’t win.

Remember, you owe no one an apology for doing your wedding your way.  Nor do you owe people a PowerPoint explanation for why you want to do things your way!

What Are You Really Arguing About? 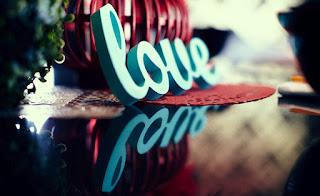 In case you haven’t noticed, as you go about planning your wedding, you and your partner inevitably will find yourselves falling into arguments.  Couples have different styles for arguing.  Some of these work; some of them don’t work.

Are you and your partner caught in a cycle of arguing and disagreeing?  If so, then here are eight questions to help you better understand what’s going on.  Answer the questions honestly (not brutally) and you’ll increase your chances of hearing and understanding each other with more compassion.

I suggest you each answer these questions and then, in a moment of calm and away from the heatedness of any arguing, share your answers.

Do Not begin your answers with the phrase, “you this and you that” as the only response your partner can give is to lash out.

The word “because” in and of itself is not an answer!  The more your partner can understand why you’re thinking and feeling a certain way, the more he or she can respond. 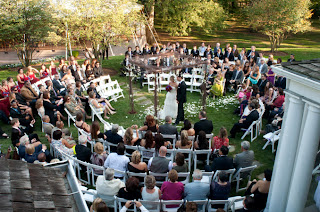 Last summer a couple hired me for their wedding that took place last month.  We had a great first meeting—they wanted a ceremony that honored them as a couple and that included certain cultural traditions.  Because they booked me so far out, I suggested we get together again after the holidays, in mid-January.  I left it up to the couple to contact me, though I assured them that I’m available at any time.

Well, the couple emailed me just two weeks before their wedding and they didn’t have time to meet in person.  The bride explained that she’d been so busy with other preparations that she “totally” forgot about the ceremony.

Sadly, they weren’t able to have any of the personal elements they’d wanted—not even their own vows––because they’d run out of time.  They were too busy with last minute details to worry about the ceremony.

As a wedding officiant I’m biased, as I happen to believe the ceremony is the heart and soul of your celebration.  I felt for this bride who was so obsessed with creating her dream wedding that she neglected the ceremony.

I’m surprised at the number of couples who talk about their “dream” reception, “dream honeymoon,” BUT have no idea what their “dream” ceremony looks like.

So, are you able to say what your dream ceremony looks like?

Who Do You Want To Be On Your 10th Wedding Anniversary? 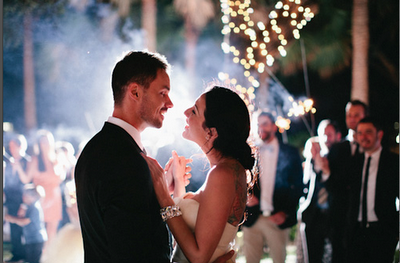 I’m always clipping articles and scribbling down quotes, images, ideas.  Oftentimes, though, I forget to record where an article or idea came from and that’s the case with the quote below.  I think it’s a great insight and I think it offers another way to reflect upon what you want to write in your vows or in a letter you give your partner on your wedding day.

Partners can help each other acquire the qualities they want to acquire by being explicit about their goals and ambitions.  Have a frank talk about who you want to be in ten years––whether it’s more outgoing, more patient, or more adventurous, suggests Eli Finkel.Ph.D. Doing so can help ensure that you understand and support each other’s vision for “how I see my best life.”

So, who do you want to be on your 10th wedding anniversary?  Do you know who your partner wants to be?

If You Don't Laugh, You Cry 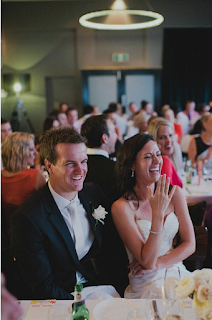 In this month’s issue of Vanity Fair magazine, fashion designer Marc Newsom offers a profile of fellow men’s wear designer Paul Smith.  I happen to really like Paul Smith shirts and so I was curious to learn something about the guy.

It’s an affectionate tribute, but the real gem from the piece comes in the last sentence.  Paul Smith attributes much of his success to this:

“Every day of my life I witness something that makes me burst out laughing.”

When I first meet with a couple, the conversation is lighthearted and even if there are sticky family issues to discuss, a couple is usually optimistic.  Then, when I meet up with a couple just weeks from their great day, they often look haggard!

You don’t need me to remind you just how mad-crazy and bone-crunching life can be.  And planning a wedding, no matter the size, is draining.  However, the question I ask you is this: are you laughing?

Are you feeling happy?  If not, what’s going on?  What’s draining you and what can you and your partner actively do to restore your ability to laugh.  Getting married is a serious undertaking.  Throwing a wedding is a serious undertaking.  And that’s why you gotta laugh!  If you’re doing more stressing and more crying than laughing, then something is out of alignment.

We Do Not Find The Meaning Of Life Alone 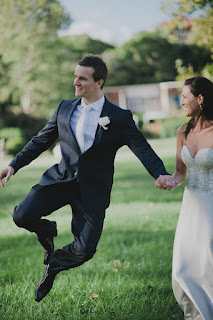 Love is our true destiny.  We do not find the meaning of life by ourselves alone—we find it in another. . .the meaning of our life is a secret that has to be revealed to us in love, by the one we love. . . (s)he who loves is more alive and more real than when (s)he did not love.
Thomas Merton

Perhaps this could be woven into your vows or in a letter you give your partner the morning of your wedding. 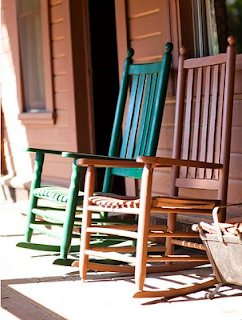 Well, in simplest terms, I’d say doing away with game-playing, manipulation and good, old-fashioned b.s. goes a long way to enhancing the quality of your communication!

And how is that reduction made?  Well, I recently came across an article, “Marriage Advice: Experts Give Their Most Unexpected Recommendations”  in which various relationship experts offer their tips.  I was intrigued by two in particular and I think they’re especially relevent as you go through the emotional roller-coaster of planning for your wedding:
Psychologist Harriet Lerner, Ph.D., author of “Marriage Rules,” suggests that you:
Talk less.
“Practice saying difficult things in three sentences or less, making your point only once in a particular conversation. When we can’t get through to our partner, we automatically lengthen our argument and build our case. This won’t help -- and usually hurts. And we may not recognize that the sheer number of sentences may be the culprit.
"It can be incredibly difficult to say only, ‘Please remember not to put that knife in the dishwasher,’ or, ‘I feel uncomfortable about how much you drank at the party,’ and leave it at that. If you go on too long, you’ll actually protect your partner, who may shut down and vacate the emotional premises, rather than consider your legitimate criticism and good advice.”
And John Gray, Ph.D., author of the “Mars/Venus” series suggests that you:
Go to bed angry.
“I shock couples when I tell them it’s better to go to bed angry than force a make-up before bedtime. When tensions arise in a relationship, her hormones encourage her to talk more, but his hormones are designed for fight or flight -- not a good combination when both of them are already tired. It’s better to let things cool off and tell your partner you want to talk about it later, even if that means in the morning.”
While these suggestions go against what you might have heard, give them a try as they’ll go a long way in enhancing the quality of your communication.

Are You Happy With How You & Your Partner Communicate? 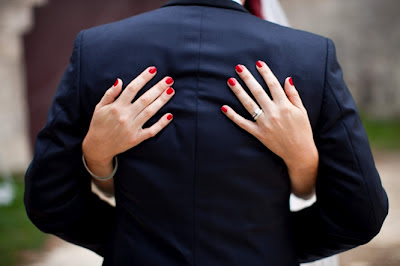 
I came across a posting on The Atlantic Magazine website titled: What Kinds of Happy Couples Eventually Get Divorced?

I think this is the first time the word “divorce” has appeared on my blog, as it’s a phenomenon I don’t want to have to think about!

However, as a communications coach, I was interested in the answer to that question:

In a new study, the researchers followed 136 married couples who all reported being very satisfied in the first four years of their marriages. They questioned each spouse periodically over a period of 10 years, asking them to rate statements about marriage satisfaction, level of commitment, personality traits, stress levels, problem solving abilities, and how supportive they were with their partners. Some skills and traits were rated by the researchers, as the couples discussed relationship difficulties in the lab.

Couples who went on to divorce were more likely to be poorer communicators, and tended to display more negative emotions and support mechanisms than people who stayed married.

When it comes to weddings, I haven’t seen it all, but I have seen a lot.  And when it comes to couples, well, I’ve seen more than enough to be certain of two things:

So the question is:
are you happy with the way you and your partner communicate?  Is there some aspect(s) of how you communicate that you want to replace with a more effective and less stressful way of communicating?

If so, let’s talk and see how I might be able to assist you.